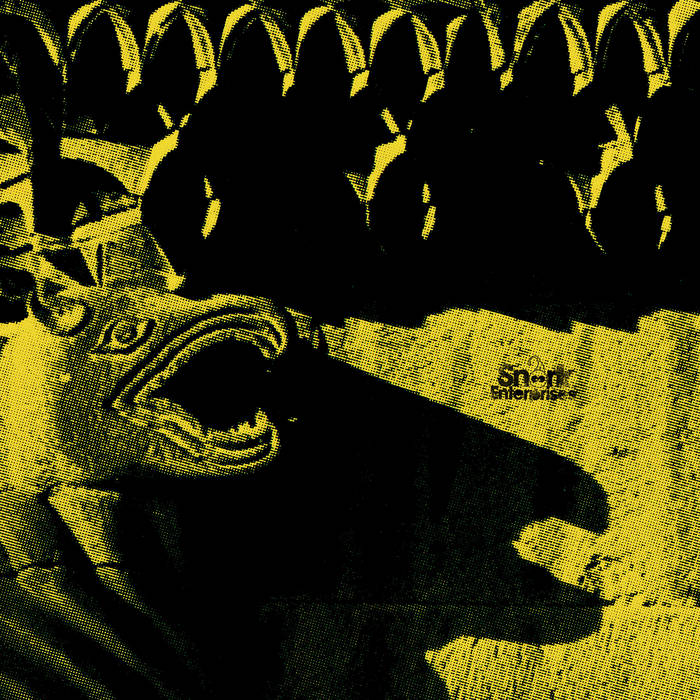 Michael Butterly I love that acid is one of those genres where a bass can only have 1 note but be the most interesting thing ever. This EP really nails that minimalistic sense of acid. Favorite track: Neptune.

This release is one of the latest and most surprising insights into the Hamburg underground techno scene. If you have thought so far, there is no such thing, we are happy to teach you better. Lucinee, Lifka, and Stute are three rapidly emerging techno artists who are actively shaping the nights of Hamburg’s subcultural techno clubs. Their sound as DJs is uncompromising and authentic. And they already have been crossing borders bringing it to other cities from Berlin to Copenhagen. Now, their first collaborate release carries this attitude onto one intriguing record.
With her two solo tracks “Neptune” and “Black Moon”, Lucinee presents herself with a fresh interpretation of some good old acid techno styles. The origins go way back, but her execution brings some new light into the sound and makes it perfect for an early sunrise just after a rough club night. Together with Lifka, she shows her variability in “Mechanical Skin”. With this composition, they have created a hypnotic merge of techno beats and trance elements. Those three tracks are complemented by a forth piece by their fellow Hamburg artist Stute, which is called “Low Noise”. What may sound subtle indeed surprises as an energetic techno hymn that – without being compliant with mainstream – has the potential to fill up the halls of vibrant hot spots and enthuse a broad crowd from techno newbies up to old school lovers.

LUCINEE
“Hypnotic” – if you were asked to describe this emerging artist from Hamburg in one word, this would be a good choice. Having been on the stage for only almost three years, Lucinee has quickly drawn enormous attention to her energetic and uncompromising style. Her DJ sets always oscillate between heavy hitting basslines, acid sonorities, hypnotic patterns and deep and haunting atmospheres. Since 2015, she managed to establish a well-known name within the underground techno scene in Hamburg and other cities performing in clubs like PAL (Hamburg), About Blank (Berlin), IfZ (Leipzig), and KB18 (Copenhagen). And her tour schedule is steadily becoming even more filled up.
In September 2017, she started her project "Lucid", a party series with a focus on raw and energetic techno raves and a merging visual concept, supporting the local underground community. The concept has been appreciated quickly by the local scene and soon after the first few parties, Lucinee had been offered a residency at the renowned PAL nightclub, which she is holding since then and which already enabled her to play alongside big names like Blawan and Ellen Alien. At the same time, in the studio, she has been pursuing her own productions and will start her career as a likewise hypnotic producer with this release on Snork Enterprises.


LIFKA
This techno producer and live act from Hamburg made his first appearance on the stage alongside the Hamburg DJ collective “Vinka Katt” in 2014. Only one year later, he successfully published his first release on the French Industrial- & Acidtechno label "Kolkoz".
Meanwhile, Lifka has made a strong name in the Hamburg underground scene with his powerful and vast modular synth-driven techno containing Industrial influences and often focused on acid sonorities with deep and dramatic atmospheres.
In March 2018, he released his solo debut EP "Otherworld" on the Hamburg based label "Cirque du Minimaliste" and began performing his unique energetic modular-based hardware live sets about one year ago.

STUTE
This DJ and producer is an energetic advocate of the Hamburg underground techno scene. And his style is the quintessence of what can be considered as pure underground. It is a mysterious mixture of solid basement sounds. And he leaves his sound to speak for itself. You can barely find any textual information on the web, but instead a lot of convincing DJ sets. As a producer, he has already attained public presence on the labels CDM, Devotion and Wall Music and as co-owner of the label project “ohne kommerziellen Wert”.