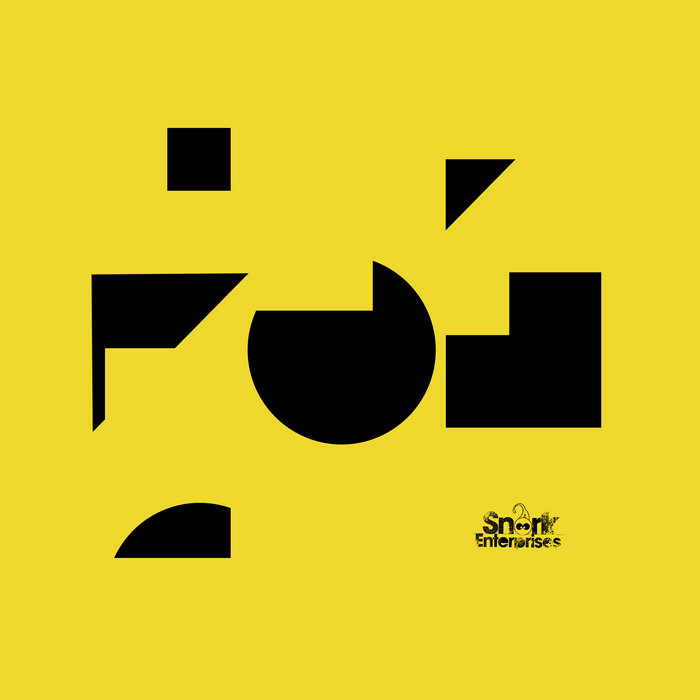 DREIEINIGKEIT
The good thing about techno is that you can reach the most diverse states. The possibilities are almost endless, the machines multifaceted and the imagination knows no boundaries. Just this joy of experimenting with melodies and equipment is one of the specialties of Berk Offset aka Echowolf, which he brings to bear again in his latest release on Snork Enterprises "Dreieinigkeit". Weird rhythms and twisted sounds develop in the end to a harmonic overall state.
The three new tracks, which all run under the title "Zustand" (the German word for “state” or “condition”) only with different numbering, are complemented by a brilliant rework by Headless Horsemann. In full honor of his name, he enhances the wonderfully weird techno tunes with a mysterious ambient style that not only sounds but also feels like a mighty acoustic shadow.

ECHOWOLF
Echowolf aka Berk Offset is more than well-known within the underground techno scene and has been wildly active during the last two decades. He is part of the Cannibal Cooking Club duo and the man behind the Wakkler label. In one of his more recent side projects named “Echowolf”, Berk Offset is focusing on his genuine roots, the core of machine funk.
It has been a major fascination that led him to his very own techno style, which he often refers to as Fehlerfunk. It’s a blending of the German word for mistake and “funk” and it stands for an experimental sound, strange medias, some mumbling and rumbling and everything in between, making the Berk Offset style absolutely unique. It is a modern sound aesthetic being transmitted in an old school straightforward way and leaving no mercy but hand clustered harsh techno tunes.
His releases as Echowolf have already established themselves in well-known labels such as Force-Inc and are are welcome records in wonderfully weird and funky underground techno sets.
soundcloud.com/echowolftechno

HEADLESS HORSEMAN
With his disguised identity, he cast a real spell over the techno scene a few years ago. Everyone was curious to know who was behind the black veil. His sound makes it clear that he is a real underground techno artist, and his roots go back several years, maybe even decades. Who knows? On social media, besides the sound, you only learn this: The rest of this body shall eventually turn to dust. There’s not more to say, keep the mystery and listen closely!
www.headless-horseman.net