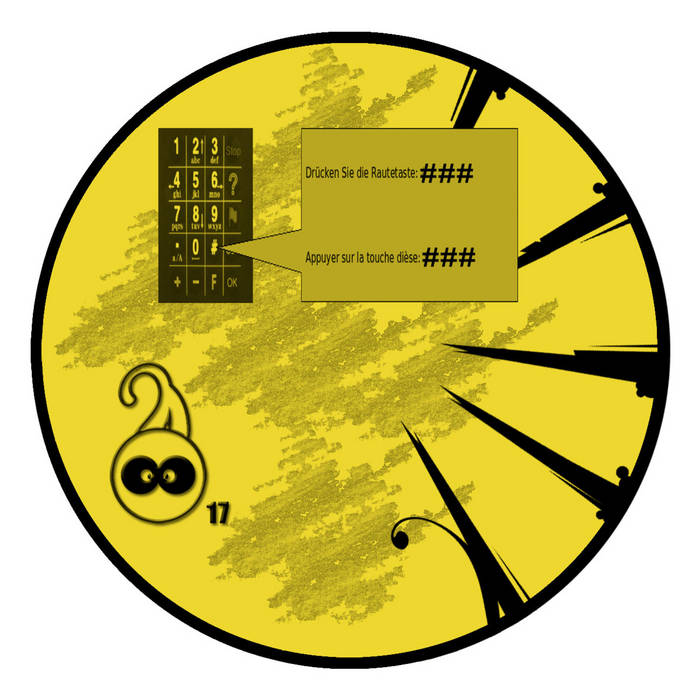 ### is a new project from long time UK techno stalwart Mark Hawkins, who has produced a variety of techno/electronic releases in the past on many different labels, including Djax Up Beats, Mosquito, Neue Heimat, Hoerspielmusik and Snork parent label Feinwerk. First featured on Feinwerk in 2007, ### is Mark’s return to his Chicago/Detroit influenced roots, mixed with a new 21st century flavour. Inspired by the desire for deep, hypnotic techno-house grooves as an antidote to both the mindless hard techno, mundane minimal pastiches, and “experimental” for the sake of it music, that is so typical of the current times. ### is stripped back to basics, in both style and execution, with the music being produced mainly on old school drum machines and synths, with track and release titles minimized.

Side A has two original compositions from ###, featuring bleeps, cuts and hidden bass between clouds of wobbly sounds, with a nod and wink to the original Detroit minimal legends, as well as current high flyers like M. Dear and J.T.Cotton.

Side B gives us a deep cut remix by M_nus records boy-wonder Hobo (Joel Boychuk, who is also one half of Tractile). Following on from the excellent “From A to B” that was released on M_nus in December 2008 (M_nus 69), he brings us a great remix of ###´s 04, showcasing his mind-blowing production skills whilst displaying definite old school influences. He was so excited by the original tracks though, that he also made a second remix of ###´s 03, which will be released soon on Snork17r, EP01 remixes.