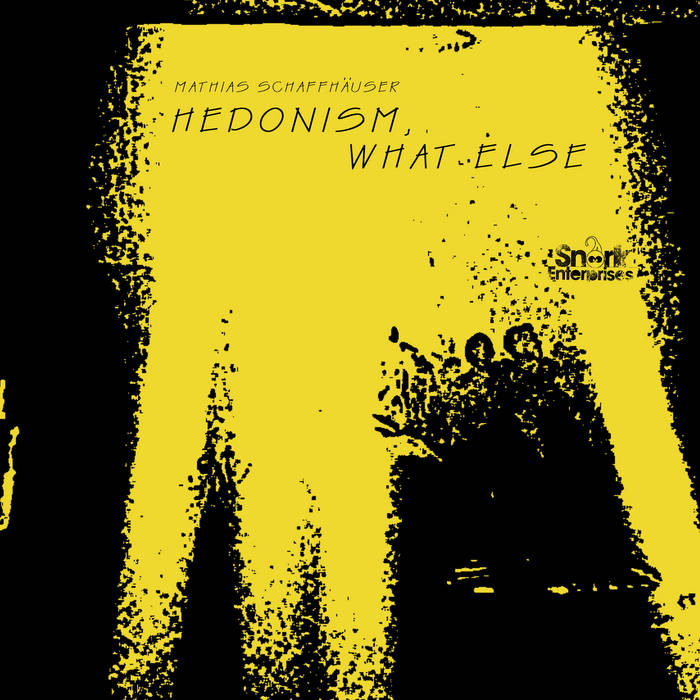 As the definition goes: Hedonism is a believe that argues that pursuing pleasure and intrinsic goods are the primary goals of human life. Following that rule, with his new release on Snork Enterprises, Mathias Schaffhäuser has created something exceptionally pleasurable – not just only for him, but for every music lover.
Virtuously, he blends electronica sounds, ambient vibes with acid house and jazz elements. The result is as experimental as outstanding. It’s a truly artistic new album with eight tracks, each of which you would not expect but which lives up to its entertaining promise. As hedonism strives to maximize pleasure, the album strives to enrich your musical horizon. At the same time, it contains huge club potential and provides a welcome ear-catcher to every inspiring DJ set. So, we’d say: Snork #101, what else!

Mathias Schaffhäuser’s around in the techno, house and minimal scene since 1994 when his first House EP was released on Definitive Records. Yeah, it's 25 years ago, but creativity goes on: This year will see his new artist album „Hedonism, What Else?!“ on Snork Enterprises, the second album of his project Fanatico on Brooklyn based Hallucienda Records, new EPs on Fenou and Ware Records and several remixes. In 2018 Mathias celebrated the 20th jubilee of his label WARE with 3 releases bringing reworked and remixed Ware classics and 3 more EPs on Tiefschwarz' Souvenir Music, british label legend Third Ear and Biotop Label.

Schaffhäuser’s motto at the turntables is: Purism sucks! The quality of the music is what’s important, not sheer functionality and trendyness. That is: at times his sets can be rather varied from his very own style, dirty + dark house, and thumping techno. And more and more often Schaffhäuser uses his microphone and croons some evergreens to his records which is a very special live experience.

Sampa The Great joins the show to discuss her release, "As Above, So Below".